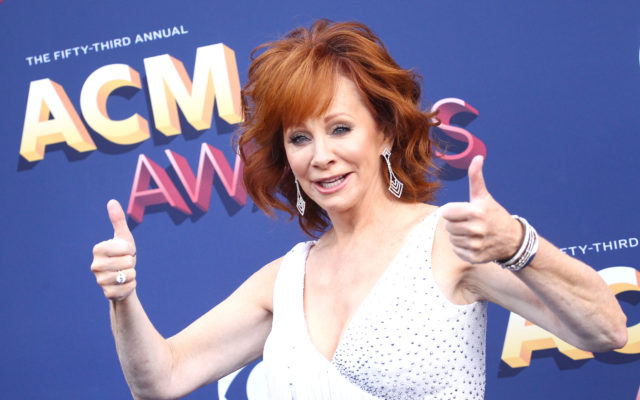 The Country Music Hall of Famer co-produced the 12-track project with Buddy Cannon, who’s known for his work with Kenny Chesney, Willie Nelson, and Alison Krauss. Reba also co-wrote two of the songs.

It’s the follow-up to her Grammy-winning double gospel album from 2017.

“The response to Sing It Now: Songs of Faith & Hope reinforced my love for recording songs that speak to the heart,” Reba explains. “So when I started selecting songs for this album, I stuck with that same formula — go with the songs that touch my heart, and hopefully when you hear me singing it, they’ll touch yours too.”

“That honesty once again revealed itself,” she adds.

Previously, Reba’s called the project “probably the most country album I’ve ever recorded.”

“I grew up on an 8,000-acre family ranch singing at dance halls, honky tonks and rodeos with my brother and sister,” she continues. “Stronger than the Truth takes me back to that kind of country music that I grew up with. I haven’t gotten to do that in a while, so I’m thrilled to pieces to release this new music.”

Reba will reveal more about the new record on Facebook Live at Noon CT on Friday.

Then on Wednesday, February 20, Reba will unveil the nominations for this year’s ACM Awards on CBS This Morning.

Here’s the complete track listing for Reba McEntire’s Stronger than the Truth, which is set to arrive April 5: