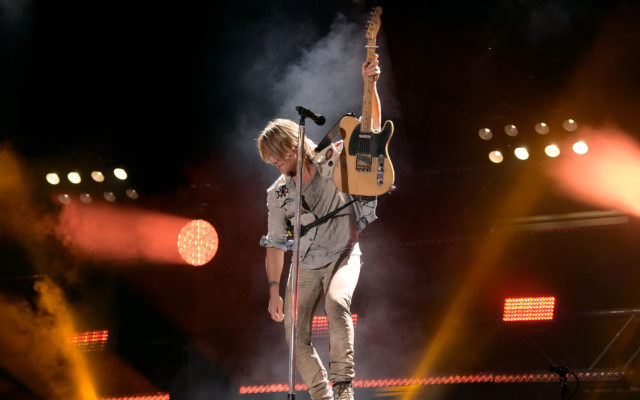 ABC/Image Group LATurns out Keith Urban has pop superstar Ed Sheeran to thank for his moving new recording of “Burden.”

In a new video, Keith reveals Sheeran turned him on to Irish singer/songwriter Foy Vance — who wrote the song — when the two were visiting backstage when Keith played London’s O2 Arena.

The next day, Keith spent two hours exploring London on his bike as he listened to Vance’s music. Later, he discovered “Burden” on YouTube, and felt compelled to head into the studio to record it.

“It’s like a beautiful gospel hymn, like a prayer,” Keith reflects. “It’s a song I wanted to be able to see if I could capture it and shape it the way that I was feeling it in my heart.”

“It’s not like, ‘This is my brand new single,’” he clarifies. “It’s just a song that moved me and a recording that I hope, you know, some other people might like.”

“Burden” is available to stream or download now. You can watch Keith’s “Story Behind the Song” video on YouTube now as well.